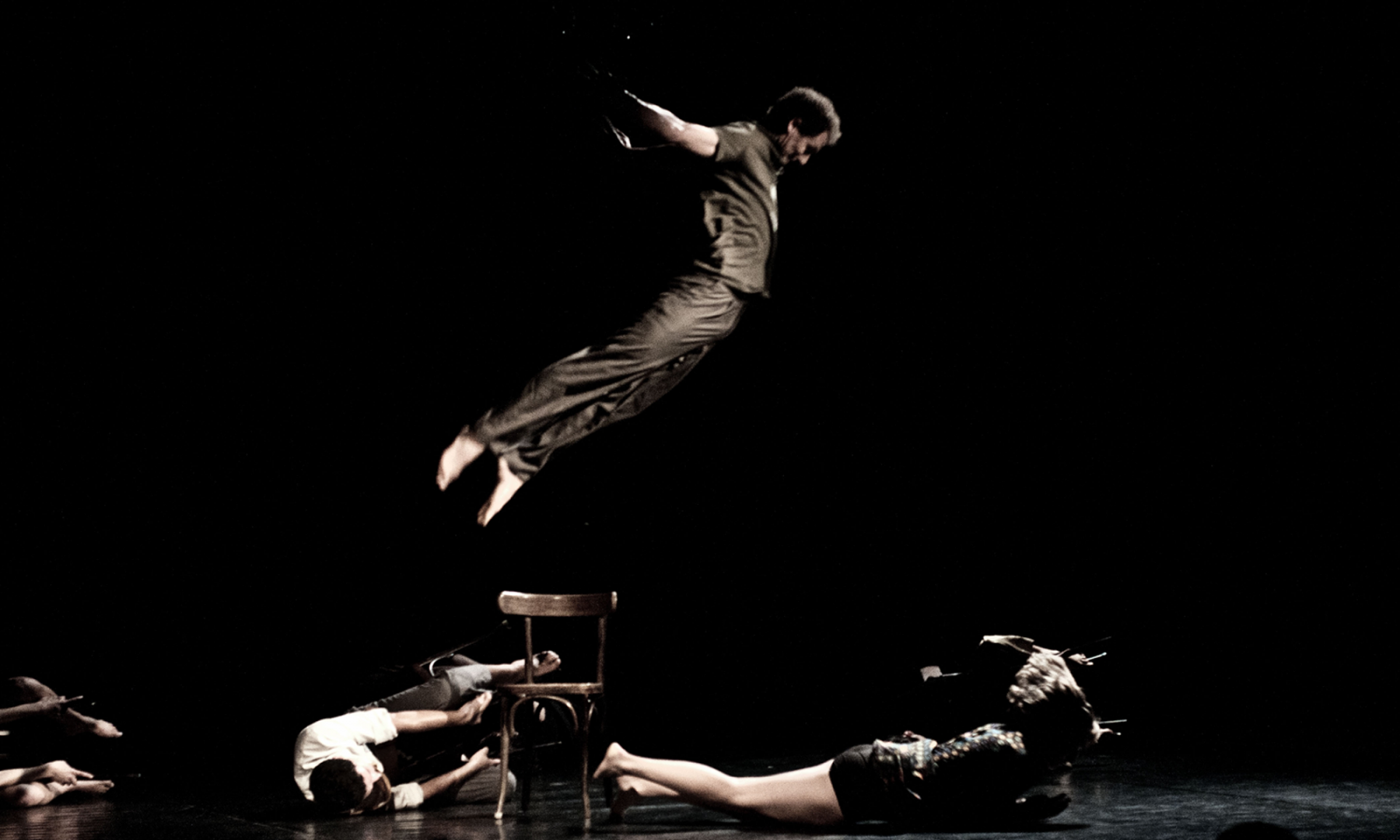 To mark the twentieth anniversary of the death of Etienne Decroux, who “conducted one of the most important research into the Western theatrical tradition of the art of the actor” (Jordi Fàbrega, 2008), Moveo Cie presents ARA!, a dialogue between E. Decroux’s legacy and contemporary creation.

This new show aims at re-exploring and situating in the landscape of contemporary performing arts the heritage of one of the great masters of twentieth-century theatre.

What is left of this heritage today? In which directions is the new generation of creators’ research going? What is the place of this art of Resistance? How does this art relate, in its contemporary developments, to its “cousins”, theatre and dance?

From these questions, and starting with the idea that today our hopes lie in the re-invention of our relationship to “the Other” (other sex, other religion, other being, other desire, etc..), the company has entered into a creative process mixing corporeal mime repertoire and creation as two opposites having to live together.

For each one of the show’s characters, “the Other” is this other person, close and distant at the same time, seen as a parallel world, unattainable, but without which we could not live.

ARA! is the result of the work of the company and its 6 actors led by Stephane Levy and Sophie Kasser, a representation of our tragicomic coming and going between altruism and selflessness, of the necessity of meeting “the Other” who lives with its permanent denial in our actions.